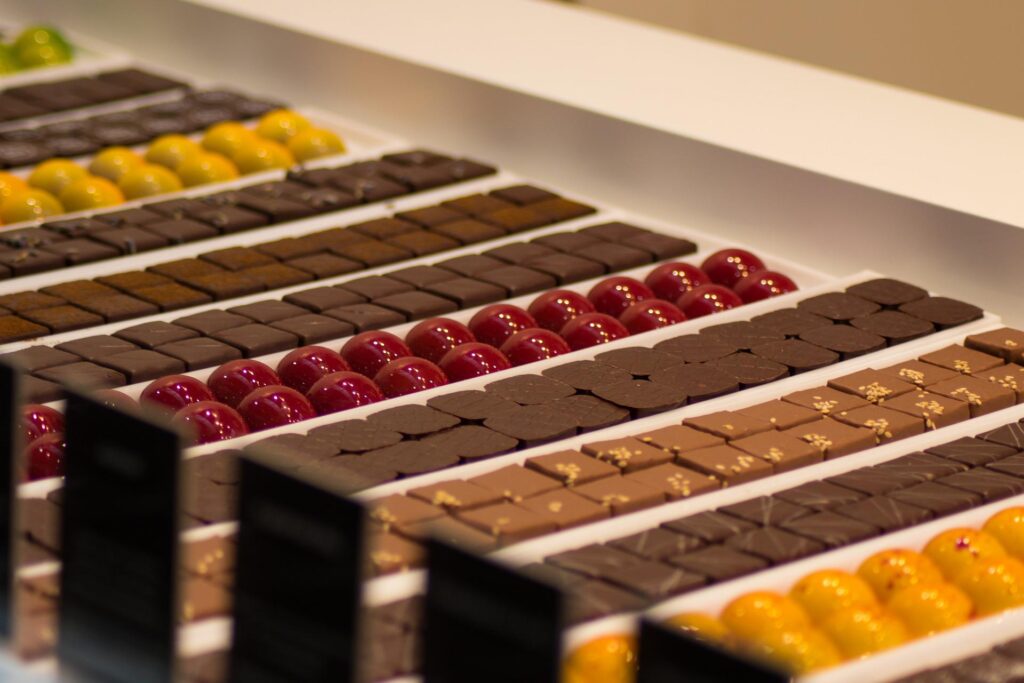 In 2021, Belgium accounted for 11 percent of global chocolate exports. Along with Germany (16.4 percent), Italy (7.6 percent), Poland (7.2 percent) and the Netherlands (6.5 percent) it is responsible for almost half of the chocolate products exported worldwide. Last year, Belgium exported $3,602,084,000 worth of chocolate. Only Germany did better with $5,373,710,000. Strangely enough, there is not a single Belgian company in the top 10 of the most important export companies.

‘Belgian chocolate’ is defined as chocolate produced in accordance with the rules of the Belgian Chocolate Code, which means that the complete process of mixing, refining and conching is carried out in Belgium. The code was introduced to safeguard the reputation of Belgian chocolate manufacturers and their products, and to inform buyers.

Producers of industrial chocolate need large quantities of cocoa butter and cocoa liquor. Barry Callebaut, Mondelez and Cargill have mills to produce these by-products, but they also import a large part from the neighbouring countries, especially from the Netherlands.

With a market share of 12 percent in 2018, Belgium is the second largest European importer of cocoa beans sourced directly from producing countries, right after the Netherlands. Belgium sourced more than 99 percent of its cocoa beans directly from producing countries such as the Ivory Coast (55 percent), Nigeria (10 percent) and Ghana (10 percent). The port of Antwerp is the second largest cocoa port in Europe, from where a significant part is onward exported to other European countries.

With a market share of 43 percent, Belgium is the second largest exporter of cocoa beans in Europe. The country exported up to 189 thousand tonnes in 2018, with a value of 420 million euro. Germany (44 percent), France (25 percent) and the Netherlands (24 percent) were the main export destinations.Belgium has strengthened its role as a distributor of cocoa beans within Europe in recent years. While Belgium re-exported 51 percent of its imported cocoa beans in 2014, in 2018 this share rose to 81%. Between 2014 and 2018, Belgian exports grew by 8.7 percent in volume and 6.4 percent in value. All to say that chocolate and cocoa are booming business in the heart of Europe.