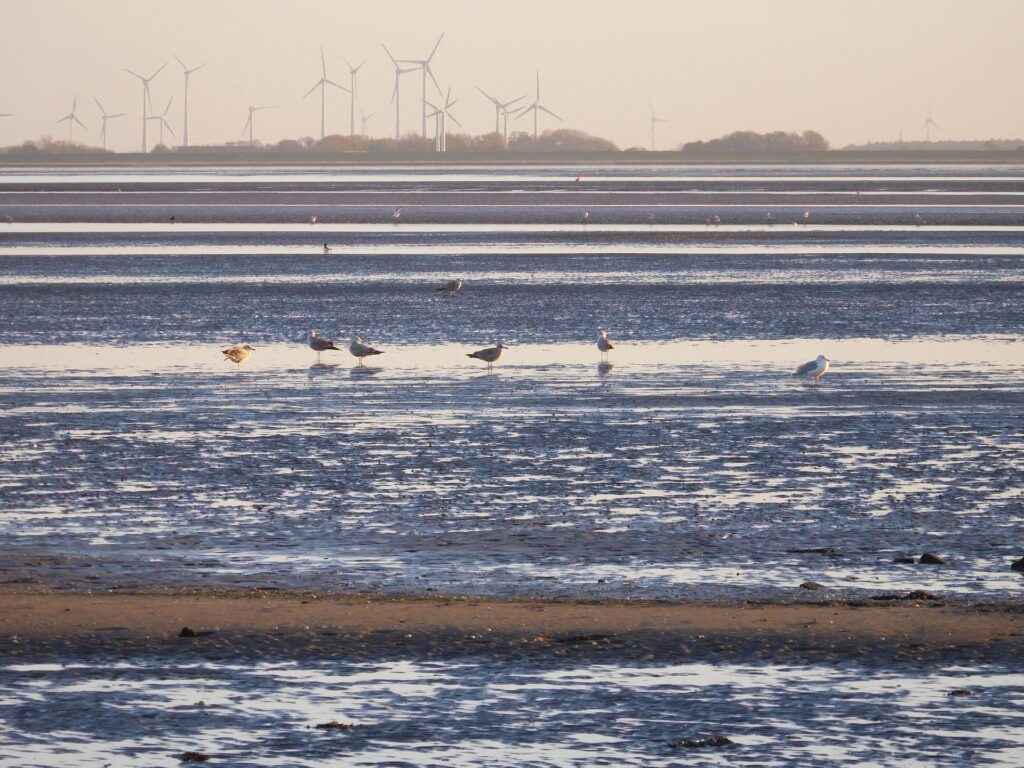 Should Ventilus, the new high-voltage line that will transport electricity from wind farms in the North Sea to the Belgian hinterland, be built above ground or below ground? It is ’the 4.8 billion euro question’. While farmers and local residents are pleading for a more expensive underground line, twenty Flemish employers’ and sector organisations are asking the Flemish government to opt for the above-ground line.

The Ventilus project is causing quite a stir now that the Flemish government is about to decide whether to construct the 82 km long high-voltage line above ground or below ground. The project is of great importance to the green energy transition, which is now gaining momentum.

Ventilus must bring the green power generated in wind farms in the North Sea on land and distribute it further. At present, only Zeebrugge has a sea cable that comes ashore from the North Sea. With Ventilus there will be a second undersea connection to the United Kingdom.

As the decision about the high-voltage line is approaching, various parties are pulling out all the stops to make their move. Local residents prefer an underground route to avoid possible health risks from the electromagnetic field around an above-ground 380 kilovolt (kV) high-voltage line. On the other hand, 20 employers’ and sector organisations are asking the Flemish government to opt for an above-ground line. According to them, this is the best choice, both technologically and financially.

Elia confirms that the overhead line is cheaper. The Belgian high-voltage grid operator estimates the cost price of Ventilus via an above-ground line at €1.6 billion compared with €6.4 billion for an underground alternative, including the purchase of some 60 homes to make this route possible. A difference of €4.8 billion. The cost of the project – whether above or below ground – will be passed on to the consumer.

A few months ago, the Flemish government appointed intendant Guy Vloebergh to scrutinise the Ventilus dossier. In his final report, which was submitted to the Flemish government at the end of February but only became public last week, he stated that the overhead high-voltage line is “the only future-oriented solution”. According to the report, it is technically possible to lay part of the line underground, although only 8 to 12 kilometres of the total 82 kilometres would be involved.

If the project is carried out according to plan, the overhead power line will be completed in 2027-2028, while an underground line can only be built in 2032. In the latter case, an additional gas-fired power plant would be needed in West Flanders to guarantee sufficient reserve capacity. According to Elia, this could only be ready in 2035.

At the end of May, Environment Minister Zuhal Demir, who is monitoring the dossier, said in the Environment Committee that it was “gradually time to conclude the consultations”. A final decision will be taken before the summer recess.