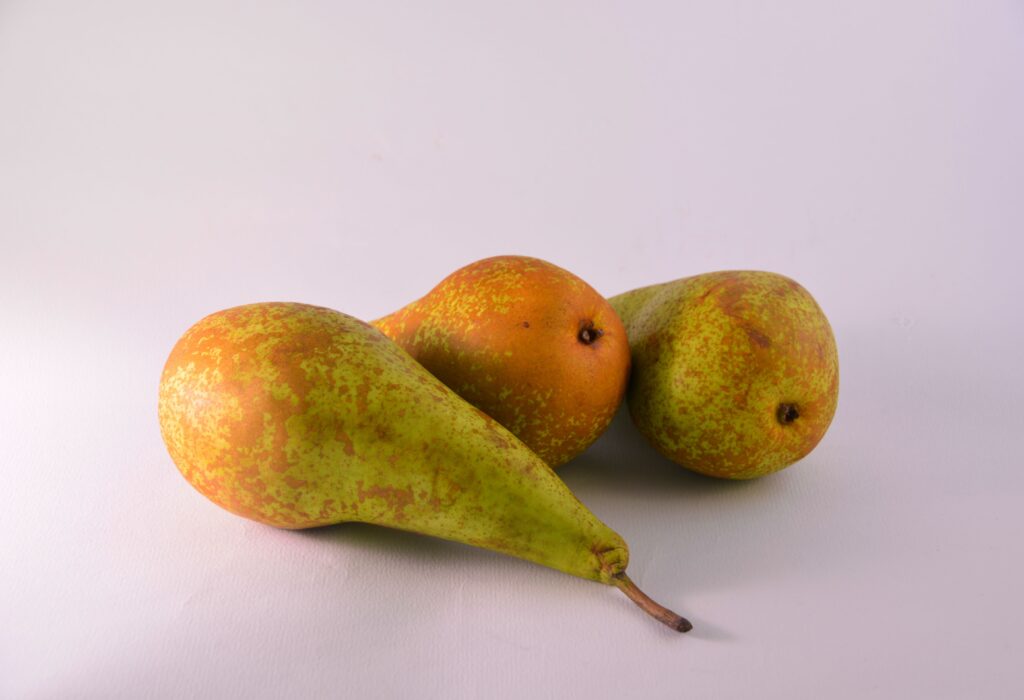 Belgium has long been known, especially in its neighbouring countries, for its Conference pears. It is one of the main export products of the local fruit sector. But the Belgian pear is also increasingly appreciated outside Europe. While Russia was an important market until 2014, China seems to be taking its place.

Belgium is the sixth largest pear producer in the world. Some 90 percent of the annual harvest is destined for export. Most of the fruit ends up in neighbouring countries and in the rest of Europe. In 2021, the cold spring and wet weather resulted in a poor European pear harvest, so that traditional pear countries such as Spain and Italy also ordered conference pears from Belgium.

“Exports to third countries currently make up only a small part of the total”, Laurent De Smedt, divisional head of fruit sales at BelOrta told Vilt.be.

An increase in the export volume to China could change this. Exotic fruit, to which Belgian Conference pears also belong, is on the rise there, partly due to the strong growth of supermarket chains and growing prosperity in the cities.

The Chinese are pear-lovers, as evidenced by the 10 to 15 million kilos of this fruit they consume annually. In 2020, Belgium and the Netherlands together exported 10,000 tonnes to the Asian country. In total, Belgium produced 330,000 tonnes of pears in the 2019-2020 season. According to De Smedt, China’s potential is three times greater in the short term.

However, China also has its own indigenous pear varieties. “These indigenous varieties have a different shape, colour and taste than Conference pears,” De Smedt noted. “Because the Chinese pear season runs in the spring, the conference pear is also an excellent addition to the local supply.”

In October 2021, a shipment of BelOrta conference pears went to China for the third year in a row. For the largest cooperative fruit and vegetable auction in Belgium and also the European market leader, the Asian country is one of the possible alternatives to the Russian market, which disappeared a few years ago due to an import ban.

With some 60 percent of total exports, Russia was the most important trading partner for Belgian pear sellers until 2014. After the Russian occupation of the Ukrainian peninsula Crimea and the subsequent European sanctions, Russia decided to impose an import ban on European food products, including Belgian conference pears.

In recent years, pear growers have found alternative sales channels, including Belarus. A considerable number of pears would also reach the Russian market via resale via, among others, Poland and Lithuania. At the beginning of this year, these sales channels disappeared after Belarus introduced an import ban for European fruit on 1 January. In addition, the war in Ukraine in particular seems to have brought the trade to a standstill.