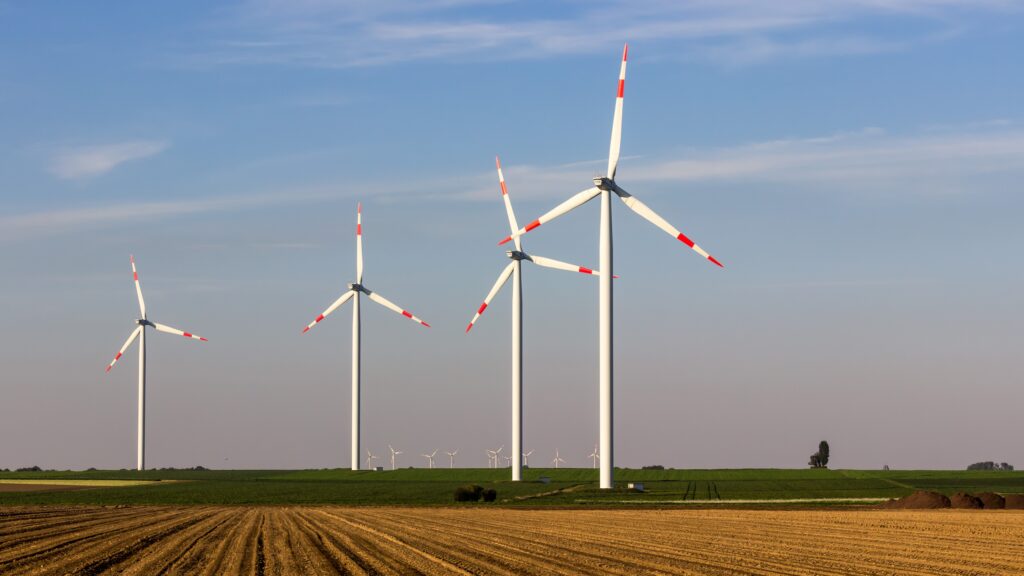 Like other European countries and regions, Flanders is committing the necessary resources to become climate neutral by 2050. One of the ways the region is doing this is by investing in wind energy, both onshore and increasingly offshore, as the region aspires to become the European hub for offshore wind energy.

Although Flanders is a relatively small region, it is in the top five in Europe in terms of wind power production. Looking at capacity per wind turbine per square kilometre, the region ranks fourth in the EU at 101 kW/km², after Germany (152), the Netherlands (111) and Denmark (106). Flanders currently has 658 onshore wind turbines. The Flemish Energy and Climate Plan (VEKP) 2021-2030 should provide an average of 35 large wind turbines annually in Flanders.

At the European level, the region is also playing an increasingly prominent role in offshore wind energy. In ten years, Flanders (and by extension Belgium) has managed to reach the global top five in terms of offshore wind energy production, which is an exceptional achievement for a country that has barely 3,500 km² of the sea at its disposal. The region owes this success to excellent expertise, as Belgium has been closely involved in the rise of the wind energy sector since the 1980s.

Although the turbine manufacturers of the time did not survive the growing pains of the new industry, their know-how survived. In addition, engineering and dredging companies such as DEME and Jan De Nul have been invaluable to the development of the sector, as they invested heavily in large vessels early on to build offshore wind farms, and wind farms themselves. ​

Today, some 400 wind turbines are running at sea, producing 2.3 gigawatts of power which is the equivalent of two nuclear power plants. In 2026, energy generated by Princess Elisabeth Island (named after the Belgian crown princess), a wind farm in the North Sea, will be added. The island, which is situated 45 kilometres off the coast and will cover five hectares, will be in the middle of the Princess Elisabeth Zone, the zone where new wind turbines will be built alongside existing ones. The island will also have a small port and a helipad.

The energy island will fulfil a dual role. Not only will it pool all the power produced by the new offshore wind turbines, but it will also become a central connection point for future new submarine high-voltage lines with Denmark and Britain. In this way, Belgian grid operator Elia hopes that the island will become a European hub for offshore wind energy that will eventually connect all offshore wind farms in the North Sea.

Importantly, however, all that generated electricity also comes ashore. That is why Elia is looking to extend the high-voltage grid on land, via new lines such as Boucle du Hainaut in Wallonia and Ventilus in Flanders. The latter high-voltage line is still under discussion. Either way, both must be able to be commissioned before 2030, otherwise, the energy island will lose its usefulness.