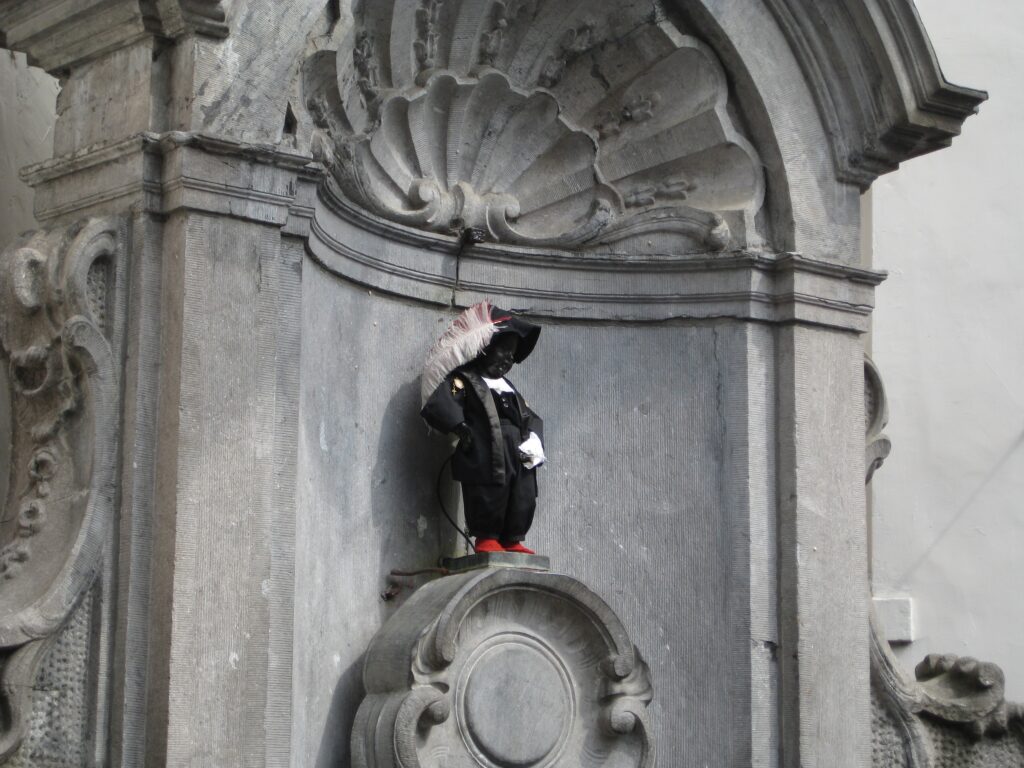 Manneken Pis is undeniably part of Brussels’ cultural heritage. Along with the Atomium and the Grand-Place, it forms one of the city’s best-known symbols. However, what also makes the statue of the urinating boy so unique is that it has its own wardrobe, which can be admired at the museum Garde Robe Manneken Pis.

Manneken Pis, a 1619 bronze creation by Hieronymus Duquesnoy, has been urinating on the corner of Brussels’ Stoofstraat since the 18th century. It was provided with a rich supply of garments in all those years.

Manneken Pis, who has a jacket length of 25 cm and trouser length of 26 cm, received his first outfit on 1 May 1698. The governor of the Austrian Netherlands, Maximilian II Emanuel of Bavaria, ordered a costume for the little boy on the occasion of the festivities of one of the Brussels guilds.

Garde Robe Manneken Pis displays this outfit, along with the tenue donated by King Louis XV of France. There is also a garment from the time of Louis XVI, two gala costumes and a veteran warrior costume from 1830, consisting of a blue blouse with shako, boots, belt and tricolour scarf.

The museum, located a stone’s throw from the fountain, exhibits about 140 costumes from the little boy’s wardrobe. The costumes come from all over the world and are displayed by theme: geography, folklore and carnival, designers, characters and personalities, professions and crafts, sports, charity and civic associations.

The city of Brussels entrusts the management of all the outfits to a chamberlain, who is also in charge of dressing Manneken Pis on special holidays. From the mid-1970s until 2018, Jacques Stroobants of Brussels was the official dresser. His wife designed two hundred costumes for Manneken Pis.

Also, today, Manneken Pis regularly has a new outfit tailored. His wardrobe includes an Elvis Presley costume, football uniforms, a Mickey Mouse outfit and many others. In 2022, Manneken Pis’ businesses had the one he wore when the Rolling Stones played in Brussels. When Belgian cycling hero Remco Evenepoel was honoured as world champion at Brussels city hall, the little boy wore a sporty outfit. He also donned a unique costume on the anniversary of Johnny Haliday’s death, one to draw attention to chronic intestinal diseases and another to promote diversity. His most recent outfit is that of James Bond. ​

Manneken Pis has become one of the most famous Belgian and Brussels landmarks and the mascot of the Belgian capital. Besides the Brussels Manneken Pis, there are statues of a peeing boy in the city of Ghent, Geraardsbergen, Westmeerbeek, Broksele and Koksijde, but the one in Brussels is the most famous.

For more info on the GardeRobe Museum and tickets, visit the Museum of the City of Brussels.