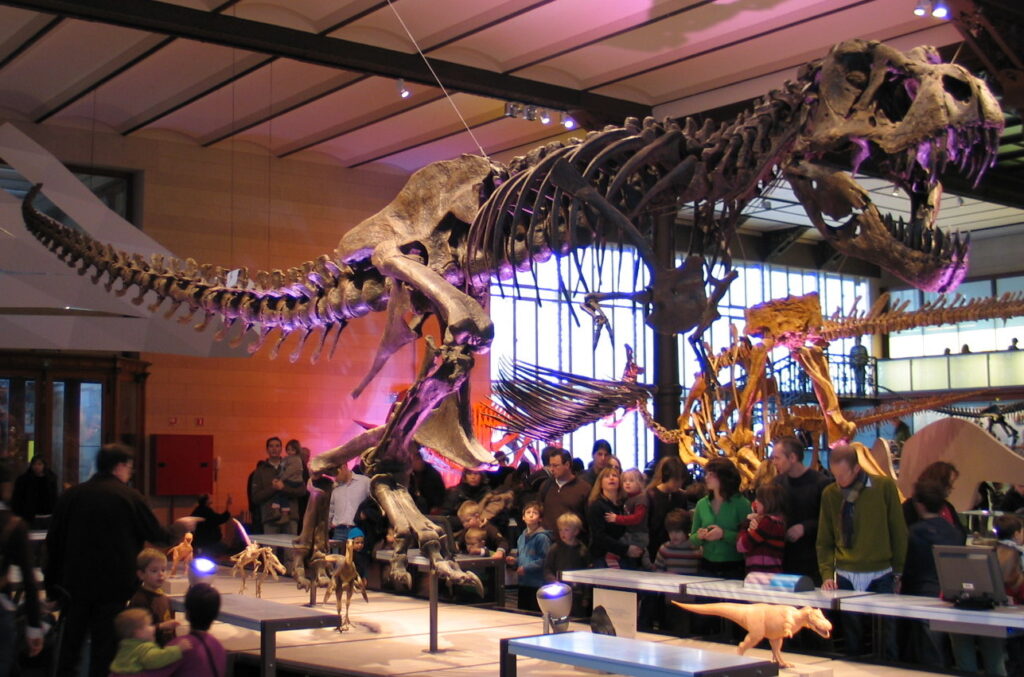 The Royal Belgian Institute of Natural Sciences in Brussels is a unique venue in several ways. Not only does the museum have Europe’s most significant dinosaur gallery. It also holds the oldest known mathematical object. In addition, the museum preserves more than 38 million specimens. Only the Natural History Museum in London and the Musée national d’histoire naturelle in Paris do better in Europe.

In that museum, there is a lot to experience. For example, the ‘Gallery of Dinosaurs’ is Europe’s most extensive gallery dedicated entirely to dinosaurs. Dozens of specimens in an area of more than 3,000 m² tell how they were discovered, lived and evolved.

In 2022, the Museum of Natural Sciences also welcomed a new dinosaur. Diplodocus Dan, a long-necked dinosaur about 20 metres long, has been on display at the museum for several months. The fossil comes from the U.S. state of Wyoming, specifically from the Morrison Formation, a ground layer about 155 million years old. Many dinosaur fossils have been found there since the 19th century.

Between 2018 and 2019, ‘Dan’ was partially excavated there by Belgian scientists and others. But unfortunately, only part of the bones has arrived in Belgium, as the rest have yet to be dug up. ​

Those who visit the Museum of Natural Sciences can also admire the ‘Ishango bone’. This counting stick is reputed to be humanity’s oldest mathematical find. It is a carved bone, a baboon’s calf bone, dated to about 22,000 years B.C. The bone was found in 1960 near Ishango, in the Belgian Congo. Jean de Heinzelin de Braucourt, working for the Royal Belgian Institute of Natural Sciences, found the counting stick on the north shore of Lake Edward, 15 kilometres from the equator.

The museum galleries display only a fraction of the pieces held by the Royal Belgian Institute of Natural Sciences. The collections are the result of many decades of exploration and research. The institute has collected around 38 million specimens over the years, including more than 15 million insects, 10,000 shells and 100,000 type specimens.

This considerable collection ranks among the ten most important natural history collections in the world and the largest in Europe after those of Paris and London. As such, the Royal Belgian Institute of Natural Sciences has been awarded the European label of ‘Major Research Infrastructure’. As a result, scientists from all over the world can study scientific collections.