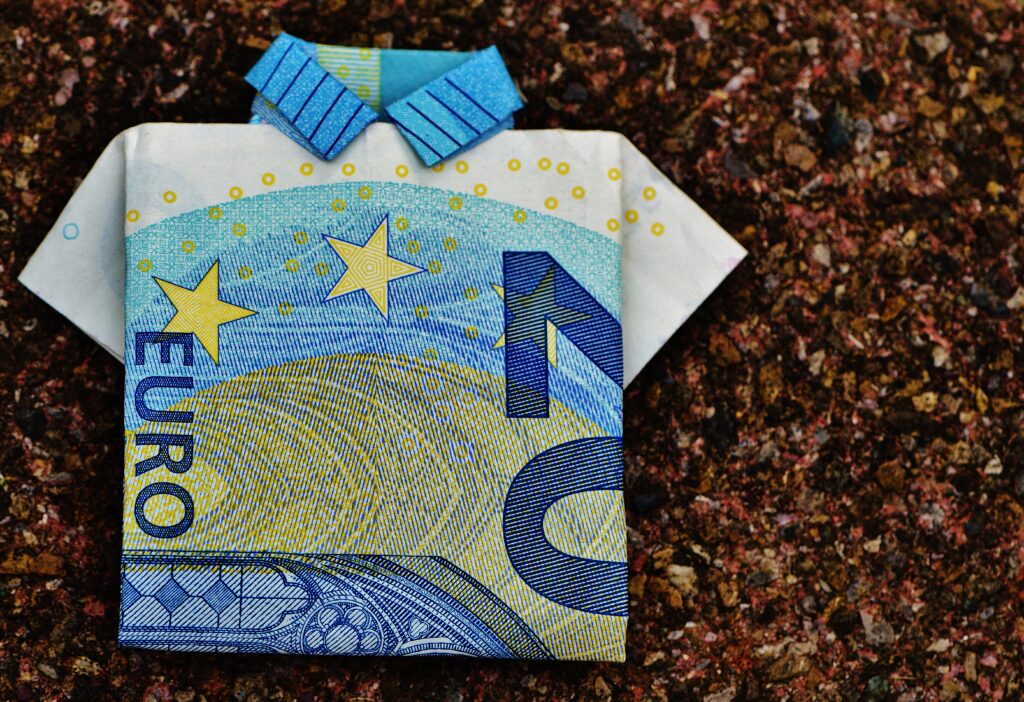 At the turn of the century, the introduction of the euro was a hot topic. Twenty years later, we no longer dwell on the fact that there were once different currencies circulating within the European Union. Nor do we think about where the name ‘euro’ came from. Yet behind the name lies a beautiful and particularly Belgian story.

The name Germain Pirlot probably does not ring a bell with many people. He was the one, however, who came up with the name euro in 1995, when the members of the European Commission could not agree on what to call the brand new currency.

In August of that year, Pirlot read an interview in the French newspaper Le Monde with the then president of the European Commission Jaques Santer. The man, who at the time was working as a teacher of French and history, wrote the president a letter expressing some concerns about the name of the future European currency.

“I wrote him a letter in which I indicated that it would be best to take into account that the citizens of all member states would have to agree on the name that would eventually be chosen for the future European single currency,” Pirlot told the local newspaper De Zeewacht in 2007.

Pirlot asked for some imagination. “I myself proposed that the new currency be called ‘euro’ and further subdivided into ‘ropas’.” A month later, Pirlot received a letter of thanks, saying that his suggestion would be considered. The ‘euro’ was born, while the ‘ropas’ eventually became euro cents.

The name euro was officially accepted in Madrid in December 1995. According to Jean-Jacques Schul, president of Promeuro, the association promoting the euro, no one else had suggested using this name before 4 August 1995, the day Pirlot wrote his letter to president Santer.

Initially, the European single currency was to be called ‘ecu’. This would be both the abbreviation for European Currency Unit and the name of an old French currency , with écu referring to the word shield.

In Germany, however, this name would be pronounced ‘ekoè’. Moreover, opinion polls showed that many Germans thought this was a ridiculous sounding name. Therefore, at the last minute and at Germain Pirlot’s suggestion, it was decided to use the name ‘euro’.

Today, the currency is referred to as ευρώ and euro on banknotes and coins in Greek and Latin script. Bulgaria’s accession treaty in Cyrillic script uses евро. Some of the ten countries that joined in 2004 proposed other spellings for the euro, based on an alternative spelling of the word Europe: euró, eiro, euras.

In the European Constitution (*) these spellings were accepted, provided the first three letters were ‘eur’. However, the European Central Bank maintains the rule that only the term euro in the Latin alphabet is allowed.